Let me tell you about “Pineapple Bob”.

Well, that’s my secret name for him. Surely he has some eloquent proper Chinese name (which most likely I can’t pronounce anyway) so he will be forever known as pineapple Bob to me. I see him about everyday as I pass by on the street. He sets up ‘shop’ 2 blocks from our apartment. He sells beautiful sweet pineapples. I’m sure his mother is proud. No, seriously. Do something, and do it well would be the motto here.

Bob does pineapple. Bob has a blue truck. That’s all you need to know. It’s a beautiful thing.

Oh–and one more thing–Bob has a seriously sharp knife. Ssshing! Jump back Loretta!

You want a ripe juicy, fragrant pineapple? Bob is your man. No stupid goofy smelling or sharp thorny crown pulling needed by you. Thank God, no pineapple stress!! You are not at the Piggly Wiggly here. Just pluck one from the truck, hand it to Bob and it is bound to be awWeSomme.. 🎶. With his trusty BAD ASS cleaver Bob strips the rind clean off the pineapple for you right there in about 3.2 seconds. Don’t EVEN think about blinking. No joke. It’s like weird performance art (in a good way). The pineapple is left with the core intact and he places the whole shebang in a little plastic bag for you. (Depending on the type- most of the cores of pineapples here in Taiwan are softer and you can eat the core). God has given you a bonus fiber boost, so eat it. Yes siree Bob.

Taiwan is known for its pineapples (I’m told there are several varieties-more than 16 even). Some of the types of pineapple here include: the atemoya ice-cream-tree pineapple, winter honey pineapple, ice cream pineapple, fragrant apple pineapple, and perfume pineapple.

Originally, I was going to take all sorts of photos of different pineapples but I was starting to feel a bit like a fruit groupie with my camera, so I cut it down to A few. I’ve kind of become obsessed with scouting out all the different types of pineapples. In my travels I’ve seen short stubby types with really short crowns, mini pineapples, large pineapples with very long flexible soft crowns and everything in between.

I’m dedicating my post to the Taiwanese pineapple! and more importantly, to Bob. Rock on dude. Word. 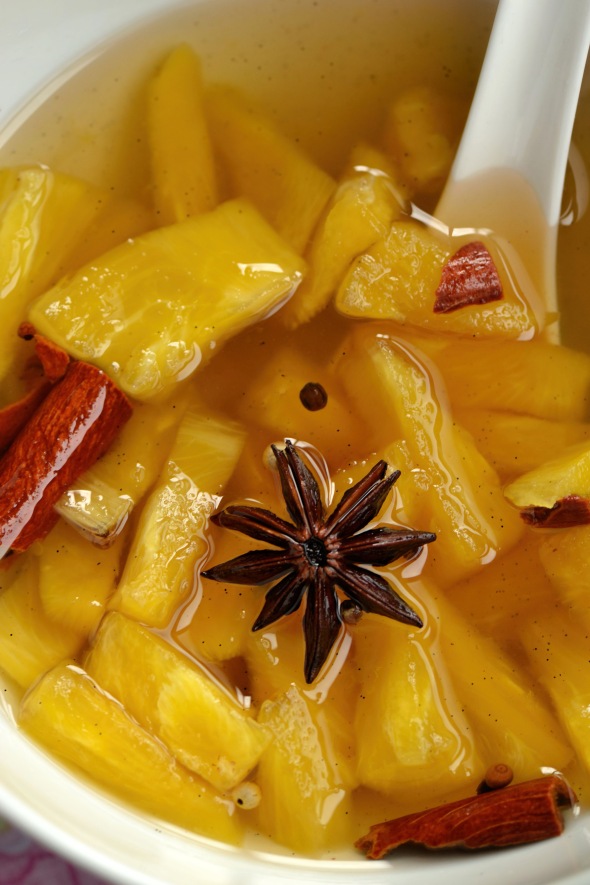 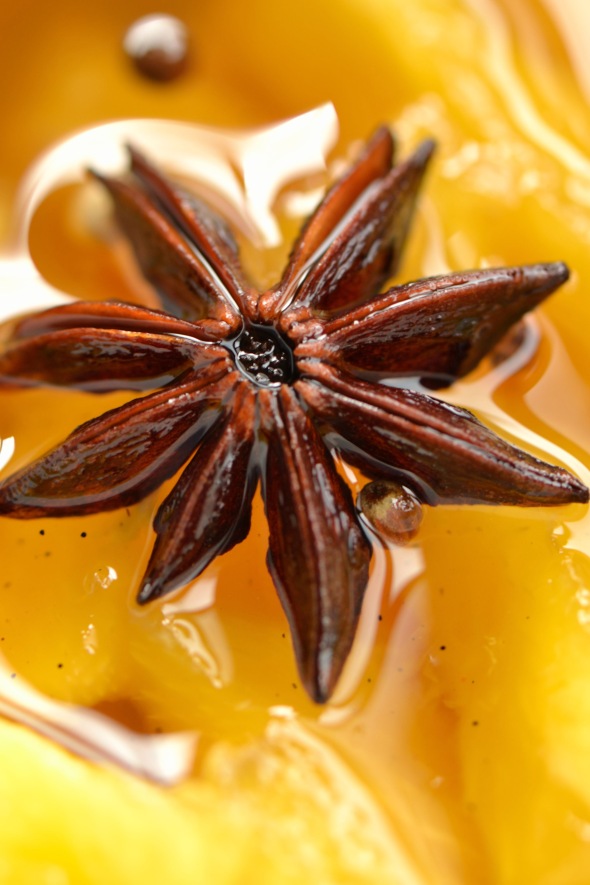 In a medium saucepan combine the sugar along with 2 cups water. Stir, then bring to a boil to dissolve the sugar. Remove from heat and add the vanilla bean paste, star anise, cinnamon and peppercorns. Let steep for one hour. Set a fine strainer over a large bowl and strain the syrup, reserving the spices (to add back later). Return the syrup to a clean saucepan.

2. Cut off the top and bottom of the pineapple. Quarter the pineapple lengthwise and remove core [unless you live in Taiwan 🙂 ] Remove all outer prickly layer. Chop into 1/2 inch pieces. Add the pineapple to the syrup and simmer for 2-5 minutes until fruit is tender when pierced with a skewer. Pour the contents into a large bowl and allow contents to cool, about one hour. Add back in the spices for storage. Chill in the fridge for about 2-3 hours to become cold. Serve pineapple along side panna cotta, over ice cream or thick greek yogurt. BTW- A little bit of the syrup is amazing stirred into ice tea.

I apologize for the dark and a bit out of focus grainy photos below- I took them rather quickly flying by with my ipod as I was trying to be a bit inconspicuous…(I didn’t want Bob to think I was a weird pineapple nut job groupie). 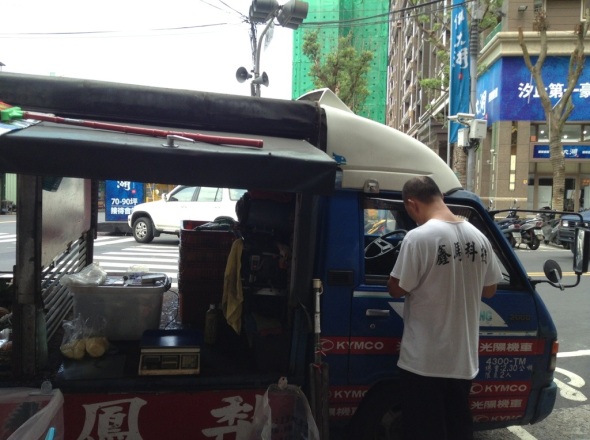 “Pineapple Bob” getting ready to set up shop 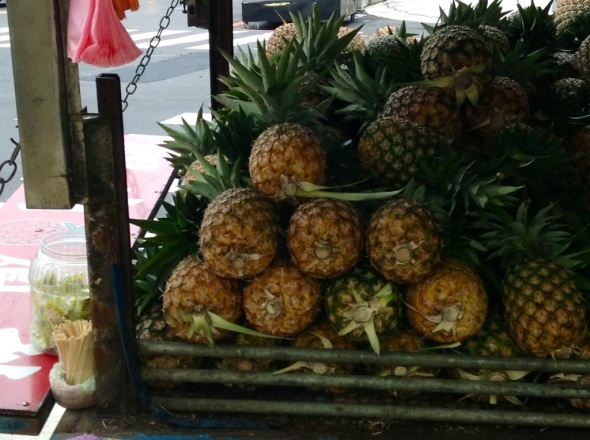 This is another type of pineapple-(not from Bob’s truck) but notice how the crown looks different.