I came up with this when I had leftover chocolate ganache sitting in my fridge and wanted a fun way to use it up. Every time I opened the fridge there was that ganache in the bowl staring back at me. “Aren’t you going to use me?” “Aren’t you going to bake with me?” “Aren’t you going to pour me over something?” Ganache guilt. That damn ganache kept talking to me. Egging me on, scolding me. What-the food in your fridge doesn’t talk to YOU? You definitely don’t want to throw away perfectly good ganache. Quite often I end up having ganache leftover from a previous recipe. The first time I made these I brought them to a summer potluck BBQ party. People do not like to be cutting desserts at a party; myself included. Mini desserts are perfect for a party because you want to be able to sample other things and not fill up on one dessert, and more importantly-when people hear the word “s’more” they get a little giddy. Even if you’re 50.

Note- if you don’t want to make home-made marshmallows you could buy store-bought  (large size) and cut them in half (horizontally) place them on top of the ganache and toast (blow torch) them like that. 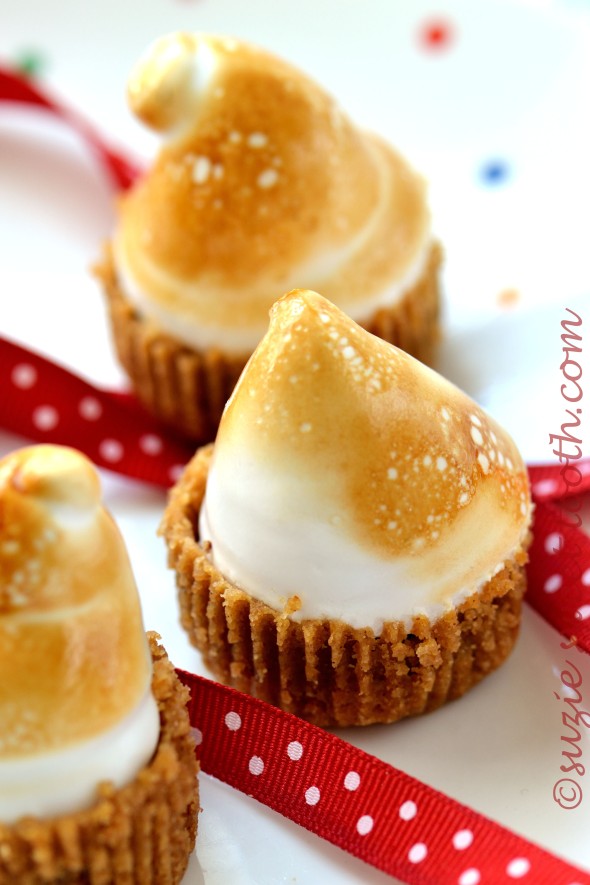 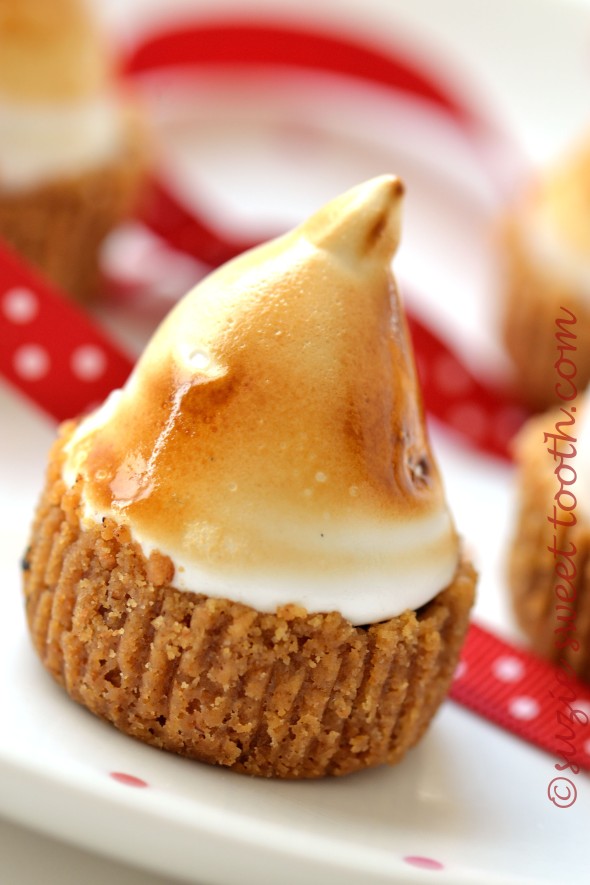 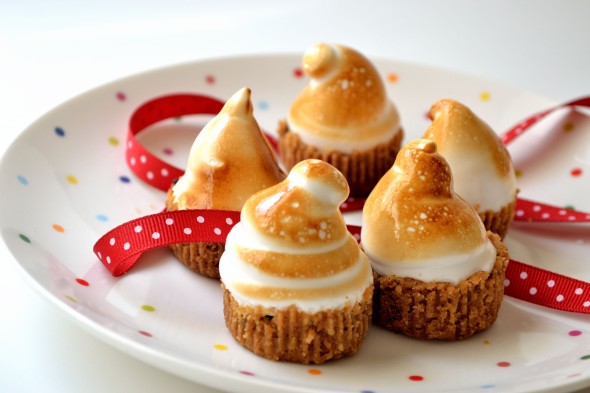 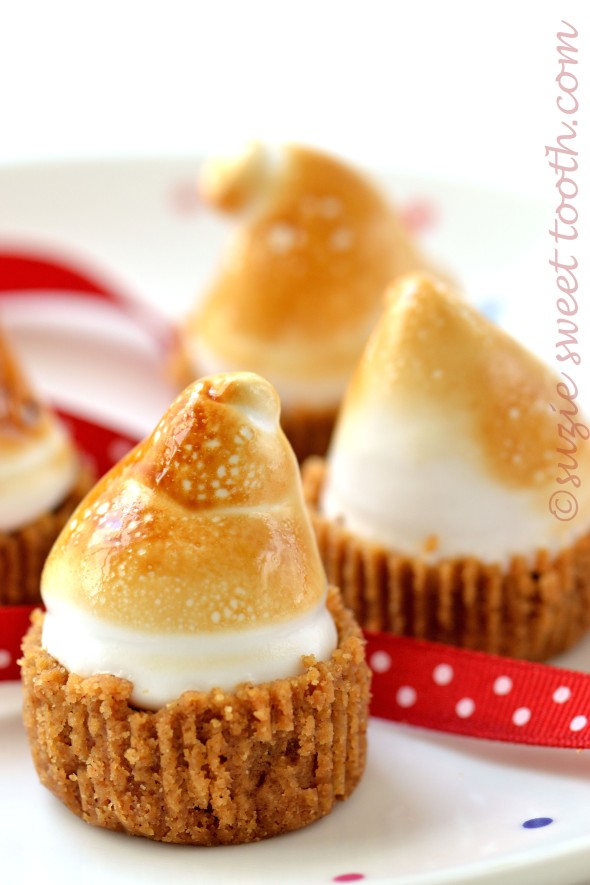 Note: This recipe takes several hours, so read through first and plan accordingly. Tarts can be filled day before and kept in fridge before topping with marshmallow.

In a bowl combine the crumbs, sugar, cinnamon and butter until well combined. Line mini muffin pan(s) with paper liners. Press about  2  1/2 tsp. to  1 tablespoon of  crumb mixture into the wells (and up along the sides) of a mini muffin pan(s) (using the back of a rounded measuring teaspoon to pack helps) pack the mixture as tightly as you can.  Bake at 350° F for 10 minutes, then remove from oven and being careful, smooth the bottoms of the crusts with the back of your measuring teaspoon as they will puff up slightly. Return to the oven and continue to bake for another 3-5 minutes. Upon removing the pans smooth the crusts once more if you need to get rid of any puffing that occurred while baking. Place the pans/tins on wire rack to cool completely before filling with ganache. The crusts will completely firm up once cooled.

Prepare the ganache. Note: if you are using leftover ganache simply microwave until melted, stirring after 30 second intervals and proceed with filling.

Chocolate Ganache Filling  (can prepare the day before)

Place chopped chocolate in a medium bowl. Microwave cream until boiling. Pour the cream over the chocolate and starting in the center stir the mixture gently (to avoid air bubbles) and continue stirring until mixture is completely emulsified. Pour warm ganache into the individual graham cracker crusts (to the top) and place in the fridge to chill to become firm. Once firm proceed with making the marshmallow topping. Allow the tarts to come to room temperature before piping on the marshmallow.

Note: before you start have your tarts already filled (ganache needs to be firm) and ready for topping.

1. In the bowl of a stand mixer place 1/3 cup cold water and stir the gelatin to mix, then leave to bloom while  you prepare syrup mixture. Prepare a piping bag fitted with a large round tip such as an Ateco 806 or 808 (I like an 808). Have a small cup of water with a pastry brush handy as well as a candy thermometer.

2. In a small saucepan over medium high heat stir sugar and 1/4 cup cold water until sugar dissolves. Once sugar dissolves, stop stirring and insert a candy thermometer and boil until you reach soft ball stage (238° F which is soft ball stage). (Have a small cup of water with a pastry brush next to stove in case sugar crystals form while syrup cook-if sugar crystals form brush the sides of the pan with the wet brush). Remove syrup from heat and pour about one tablespoon of syrup down the side of your mixer bowl and whisk to combine, then pour the rest of the syrup into the bowl down the side of bowl and whisk to combine by hand for 2 minutes to cool a bit.  Secure the whisk attachment to mixer and whisk on high until you reach soft peaks; about 8 minutes. Immediately place mixture into piping bag and pipe marshmallow onto ROOM TEMP prepared tarts. Note: PIPE THE MALLOW ONTO ROOM TEMP TARTS as if the tarts are cold the mallow tends to separate from the ganache.

(You will most likely have extra mallow leftover and you can pipe mallow “hats”onto a sheet pan sprinkled heavily with powdered sugar. Let the mallow topped tarts rest for a couple hours or overnight to set. Once mallow is set toast the marshmallow topping with a hand-held brulee torch. Serve at room temperature.